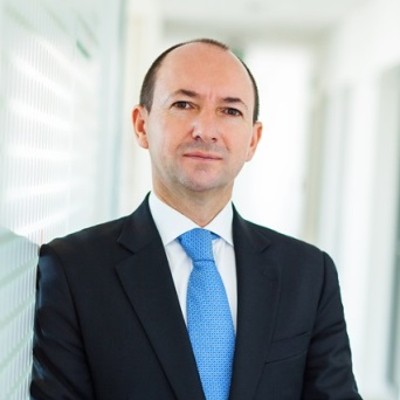 Derek Smith is a qualified accountant and has worked for UBS for over 22 years in various positions in locations such as London, Zurich, Hyderabad and Krakow.

He was the CFO and Business Manager for UBS' Private Equity business for 8 years. He joined Group Offshoring in 2005 and was first based in India for a year, where he took part of the team setting up the UBS India Service Center in Hyderabad.

In 2007, he moved to Krakow for the role of CEO at UBS Poland Service Center. In 2010 he was appointed the Head of the Offshore Service Centers, including Poland and India, and consisting of over 500 employees and contractors. The next year, Derek worked on the Too Big To Fail program, developing the Global Recovery Plan for UBS, and worked on project Accelerate, a major re-positioning of UBS's investment bank.

In 2013 he returned to offshoring and outsourcing. First, as the head of an Offshoring and Outsourcing Front-to-Bank Program, a global change program covering external suppliers and internal service centers including responsibility for the UBS Poland Service Center; and after as the Global Head of Sourcing and Strategy for UBS.

Derek is also a Founder of ABSL, the Poland offshoring & outsourcing Association and the Founder of the Women's Business Network in Krakow.