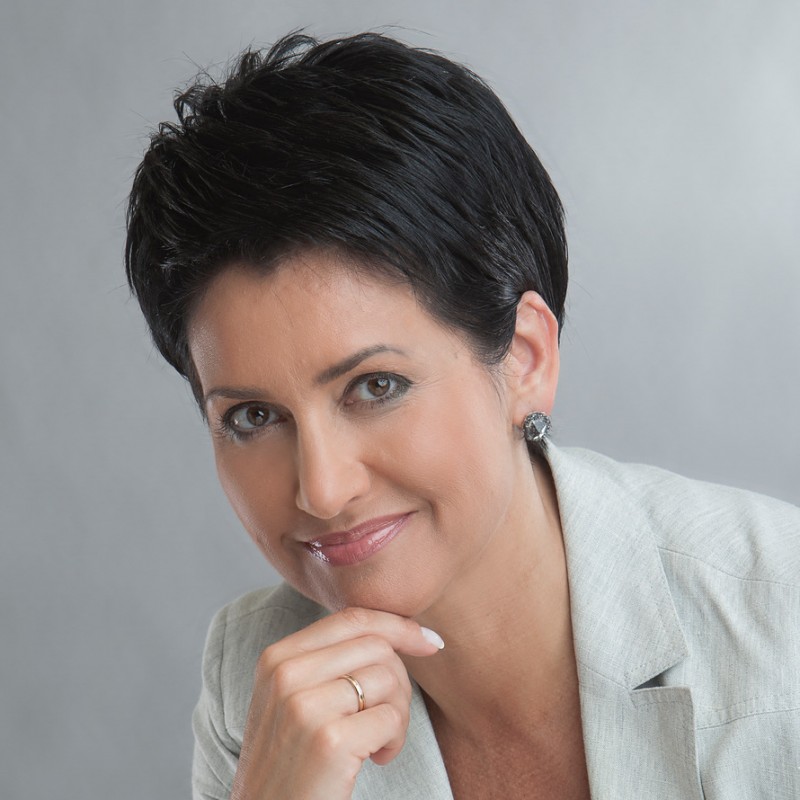 She has been associated with capital markets since 1991.
During 1991-1999 she worked in Polish Securities and Exchange Commission, among others as the Director of the Secretariat and Spokesperson.
She was also consultant of the World Bank for programs dedicated to Russia and Ukraine. She held the position of President and CEO of Warsaw Board of Trade (2000–2001), and then between 2001-2005 she was Board Member of Prokom Software S.A.
During 2005-2007 she was a Board Member of Intrum Justitia TFI S.A. Since 2008 till 2011 she held position of Partner and Vice President of MCI Management S.A. and CEO of MCI Capital TFI, managing PE/VC funds. She held also supervisory board functions in publicly listed companies among others Bioton S.A. and Travelplanet.pl S.A.
In 2006 she was appointed President of Polish Association of Listed Companies as well as the board member of EuropeanIssuers.
Since 2011 till 2013 she was Undersecretary of State in the Ministry of Foreign Affairs.
She graduated from Warsaw School of Economics as MA on Finance and Statistics. She holds MBAs from University of Calgary, and INSEAD.
In November 2013 Beata Stelmach was awarded the Knight’s Cross of Polonia Restituta Order for outstanding contribution in the foreign service and work achievements undertaken for the benefit of the country and diplomatic activity.